There is something new in Trader Joe’s produce department and it’s not produce. Trader Joe’s has kicked those notoriously hard-to-open, and horrible for the environment, plastic produce bags to the curb and replaced them with eco-friendly compostable ones. Julia Ritter, who works in customer relations at Trader Joe’s, says they made the change because “Trader Joe’s shoppers want the chain to be ‘greener.’” 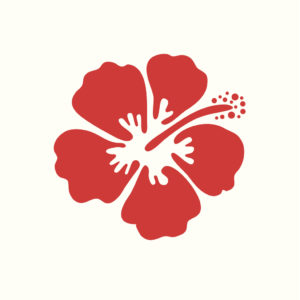 Several big cities in the United States, including Los Angeles, Chicago, Seattle, and San Francisco, have banned plastic bags at checkout. But many stores still use them in the produce section. By next month, Trader Joe’s, the tiki-themed grocery store chain based in Monrovia, California, will no longer be one of them. Trader Joe’s plans to have the new compostable bags in each of their 474 stores nationwide by April 1. 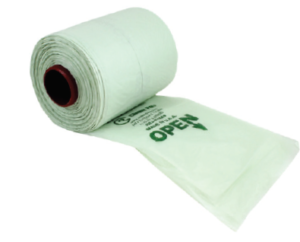 THE PROBLEM WITH PLASTIC BAGS
Plastic bags are bad for the environment because they take between 500 and 1,000 years to degrade.

Virtually every piece of plastic that was ever made still exists in some shape or form. – Ecowatch

Much of the plastic we use ends up in our oceans. Marine life can easily mistake plastic for food and ingest it or get entrapped in it. One million sea birds and 100,000 sea turtles, sea lions, whales, and other marine mammals die each year because of plastic pollution in oceans around the world. Plastic bags are a big part of the problem.

A plastic bag can kill numerous animals because they take so long to disintegrate. An animal that dies from the bag will decompose and the bag will be released, another animal could harmlessly fall victim and once again eat the same bag. – Ocean Crusaders

COMPOSTABLE BAGS: A “FALSE SOLUTION”?
While compostable bags seem like a win for the environment, the UN’s top environmental scientist, Jacqueline McGlade, calls them “a false solution.”

It’s well-intentioned but wrong. A lot of plastics labelled biodegradable, like shopping bags, will only break down in temperatures of 50C [122 Fahrenheit] and that is not the ocean. They are also not buoyant, so they’re going to sink, so they’re not going to be exposed to UV and break down. – The Guardian

McGlade believes the best solution is to find better ways to collect and recycle plastic.

HOW YOU CAN HELP

1. REUSE PLASTIC BAGS
Reuse your plastic bags rather than grabbing new ones each time you go to the market.

2. BRING REUSABLE BAGS WITH YOU
Bring reusable bags with you to the grocery store, farmers market, or anywhere else you might need a bag  (find a bunch of reusable bags for every budget here).

4. ENCOURAGE YOUR STORE TO CHANGE
Ask your local grocery store manage to switch to compostable or eco-friendly plastic bags. If enough people do, the store may make the switch.

While Trader Joe’s new compostable bags may not be the perfect solution to combat plastic pollution in our oceans, it’s a step in the right direction, especially for our landfills.

LEARN MORE
One Green Planet – “These 5 marine Animals Are Dying Because of Our Plastic Trash…Here’s How We Can Help”
1 Million Women – “What’s the Deal With Compostable Plastic?” Ocean Crusaders – “Plastic Ain’t so Fantastic”
EcoWatch – “22 Facts About Plastic Pollution (And 10 Things We Can Do About It)”
National Conference of State Legislatures – “State Plastic And Paper Bag Legislation”


Trader Joe’s bags are made by Crown Poly, who provides “Environmentally Friendly & Innovative Bagging Solutions.” Crown Poly claims the bags are certified compostable, FDA approved, and made with Master-Bi material, which is a Novamont proprietary technology involving starches, cellulose, and vegetables oils. According to Novamont, the plastic is “very similar to those of traditional plastics, but at the same time, they are biodegradable and compostable according to the European standard UNI EN 13432.” The Master-Bi material is made in Italian production facilities, and the bags are made in the United States.

20+ Of The Best Reuseable Grocery Bags That Aren’t Plastic

Should You Always Buy Local?