A Washington Post story entitled “Why your ‘organic’ milk may not be organic” has revealed that one of the nation’s largest suppliers of organic milk doesn’t appear to be complying with USDA organic practices. And apparently, it’s not alone.

About half of the organic milk sold in the U.S. is coming from very large factory farms that have no intention of living up to organic principles. — Mark Kastel, The Cornucopia Institute, a Wisconsin-based nonprofit group representing thousands of organic farmers.

ORGANIC COWS MUST BE GRASS-FED
USDA organic standards require that cows graze naturally on pasture land, but aerial shots of the Aurora Organic Dairy at the High Plains diary complex in Colorado show that only about 10 percent of the 15,000 cows they manage actually do. Most are confined to “feedlots” (a feed yard).

Organic ruminant livestock—such as cattle, sheep, and goats—must have free access to certified organic pasture for the entire grazing season. This period is specific to the farm’s geographic climate, but must be at least 120 days. — USDA Livestock Requirements

Aurora Organic Dairy is the largest supplier of “private label” organic milk for stores like Walmart, Target, and Costco. Aurora denies that it’s not adhering to strict organic standards.

We take great pride in our commitment to organic, and in our ability to meet the rigorous criteria of the USDA organic regulations. — According to an Aurora advertisement.

The Washington Post visited Aurora’s dairy complex eight times last year in August, September and October. The visits ranged from 45 minutes to 10 hours and the Post noted that “Each of those days, only a very small portion of the 15,000-cow herd was seen on pastures. Many more were seen in feed lots.”

In response, Aurora spokeswoman Sonja Tuitele dismissed the Post visits as anomalies and “drive-byes.” The requirements of the USDA National Organic Program allow for an extremely wide range of grazing practices that comply with the rule. — Tuitele said by email to the Washington Post.

TEST THE MILK
One way to determine whether cows are grass-fed is to test their milk. Organic milk contains more fatty acids than milk from cows kept in pens and fed conventional feed. Cows that eat grass and graze naturally on pastureland tend to have more conjugated linoleic acid or CLA, Omega-3 fat known as alpha-linolenic acid and linoleic acid, an Omea-6 fat.

. . . experiments have shown that cows on a diet of fresh grass produce milk with five times as much of an unsaturated fat called conjugated linoleic acid than do cows fed processed grains. — Reuters, Is milk from grass-fed cows more heart-healthy?

The Washington Post took samples of Aurora’s milk to Virginia Tech to be examined. The results showed that the nutritional composition of Aurora’s milk more closely matched that of conventional milk.

AREN’T USDA ORGANIC FARMS INSPECTED?
They are, but not by the USDA. The USDA licenses inspectors from private companies and other organizations to do the verification work for them. The inspectors show up once a year and the audits are almost always arranged in advance. Unannounced inspections happen only about 5 percent of the time. According to the Washington Post, the inspector came to Aurora’s Organic Dairy to conduct an annual audit only after the grazing season ended in November.

We would expect that inspectors are out there during the grazing season,” said Miles Mc­Evoy, chief of the National Organic Program at the USDA. He said that the grazing requirement is “a critical compliance component of an organic livestock operation.

THIS ISN’T AURORA’S FIRST VIOLATION
Ten years ago the USDA determined that Aurora was in “willful violation” of organic standards, and considered revoking their organic status and suspending the Colorado Department of Agriculture from certifying livestock, but instead worked out a deal that allowed them to continue operating.

A $7.5 million dollar settlement was reached with Aurora Organic Dairy in a class action lawsuit in 2013. Aurora Organic Dairy denied any wrongdoing, but the plaintiffs alleged that the dairy and the stores that sold its milk “misrepresented how the dairy cows were raised and fed, violating state deceptive trade practice laws.” They claim Aurora failed to follow USDA organic standards, but nevertheless labeled its milk organic.

AURORA ISN’T THE ONLY ONE
A Post reporter visited seven large organic farms in Texas and New Mexico in 2015 and saw empty pastures there too. 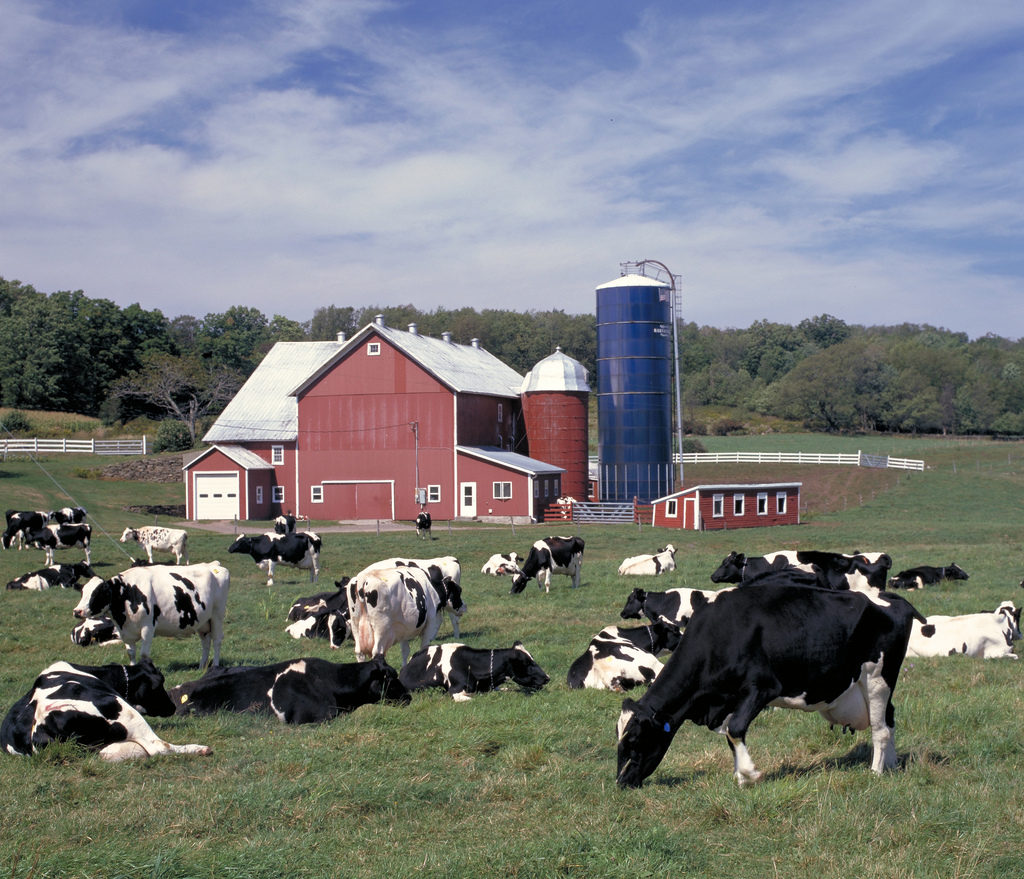 VIOLATIONS HURTS SMALL FARMERS DOING IT RIGHT
Large-scale dairy farms that use mostly conventional practices but charge organic prices are deceiving consumers, threatening the integrity of the USDA organic program and putting small and family-run farms at a disadvantage. Grass-fed cows that graze on pastureland produce less milk, so the organic dairy farmers who play by the rules often can’t compete.

The surplus of milk is so bad here in California that some organic handlers are being forced to divert organic milk onto the conventional market, at a substantial loss. This contributes to the crumbling farm-gate pricing, and for some, like me, being forced out of organic altogether,” The former organic dairy farmer continued, “If all organic dairies were forced to get 30% of their dry matter intake (feed) from pasture, as the law requires, there would be a shortage of organic milk, not a surplus!

The Cornucopia Institute was not surprised by what The Washington Post story uncovered.

WHAT ACTION IS BEING TAKEN?
Cornucopia filed a formal legal complaint against the Colorado Department of Agriculture, Aurora’s organic certifier, for gross negligence and they have asked for the removal of Miles McEvoy, the National Organic Program manager. According to Cornucopia, McEvoy is being investigated by the USDA’s Agricultural Marketing Service for alleged improper relations with certifiers and ethics complaints.

HOW TO FIND ORGANIC MILK
The Cornucopia Institute has assembled its own scorecard for organic dairy farms across the U.S. The ratings range from a 5 Cow Rating (Outstanding) to a zero Cow Rating (Ethically Deficient). Some big name diaries like Horizon and Alta Dena earned a zero Cow Rating.

READ THE WASHINGTON POST STORY: “Why your ‘organic’ milk may not be organic”