I grew up outside, literally. My childhood was spent in the country just outside the City of Napa, California. My mom used the natural world that surrounded us as a built-in babysitter.

I loved every minute of the freedom that being outside provided. I could roam barefoot and pick blackberries or crawl under barbed wire fences and hang out with chickens and cows. I used to play hide and seek in the mustard flowers that grew over five feet tall. I would often walk up our long-country road and down a little alley to visit a horse I had become best friends with. I’d run back-and-forth along the fence that penned him in and he would trot along next to me. I secretly planned to kidnap him one day and ride off into the sunset.

It’s rare to have that kind of freedom as a child. It fostered an intense love of nature in me that I still have to this day. But now that I live in Los Angeles, nature isn’t a part of my daily existence. Traffic is.

Recently, I spent a few days in Big Sur, California. 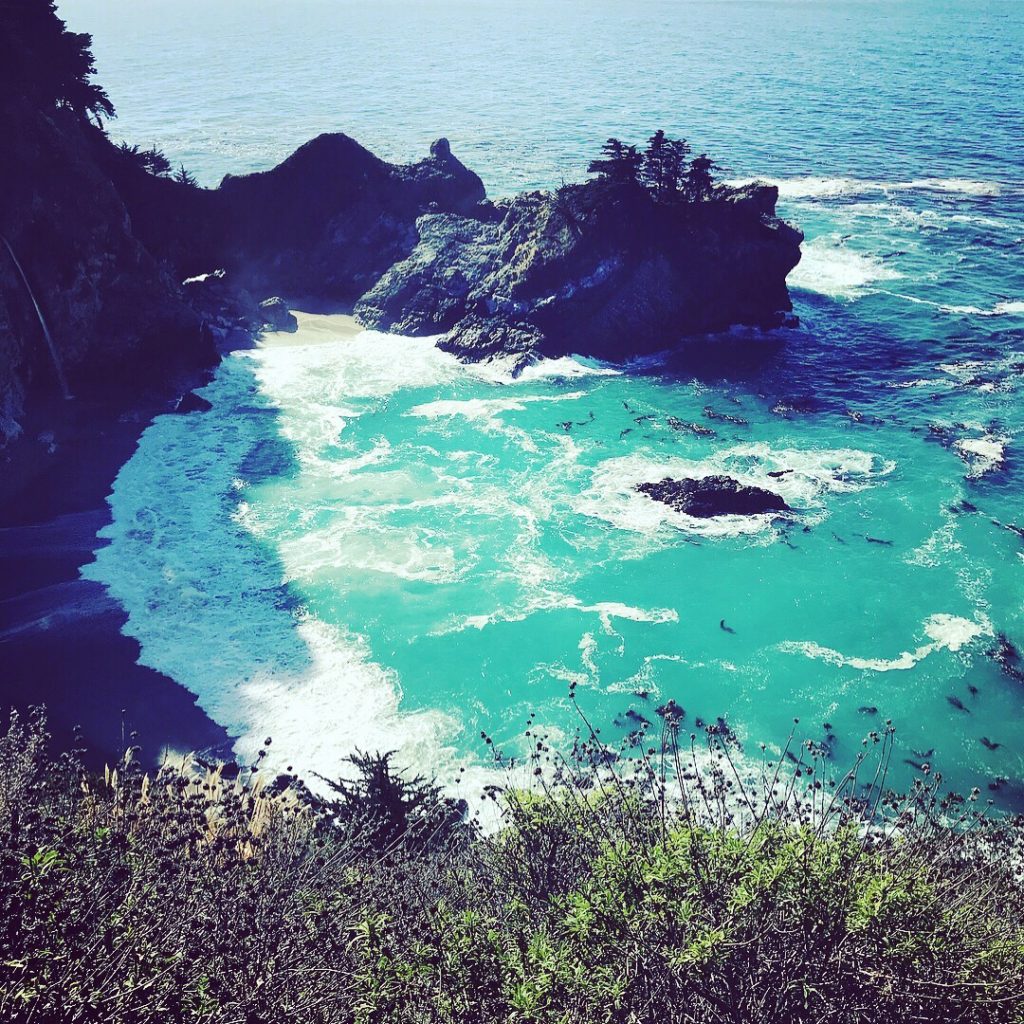 I lived in Pacific Grove for a year during high school. I knew  Monterey and Carmel were beautiful, but as a teenager, I also thought it was incredibly boring to live there. But as an adult, I’ve become nature-starved.

When I hit Highway 1 from Carmel, I instantly felt awe. I had completely forgotten about Big Sur’s stunning beauty (and those magnificent Redwoods). Two days spent hiking through the forest and taking in the drop-dead gorgeous ocean views changed me. 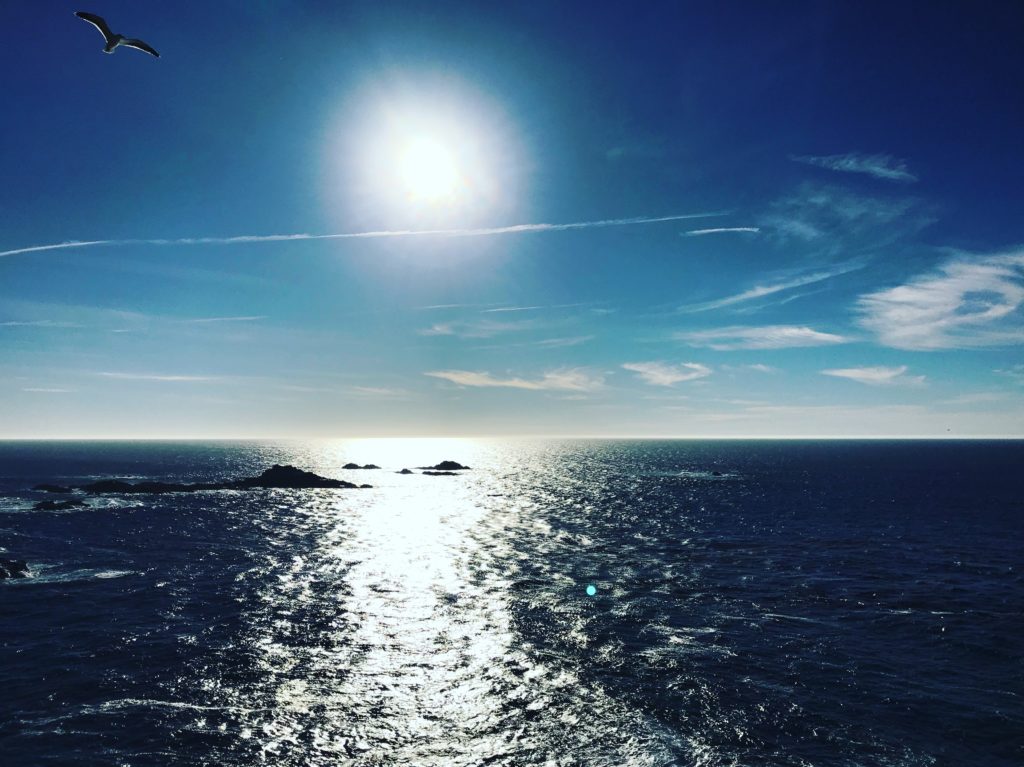 I came back to Los Angeles feeling alive, full of energy and wanting more. 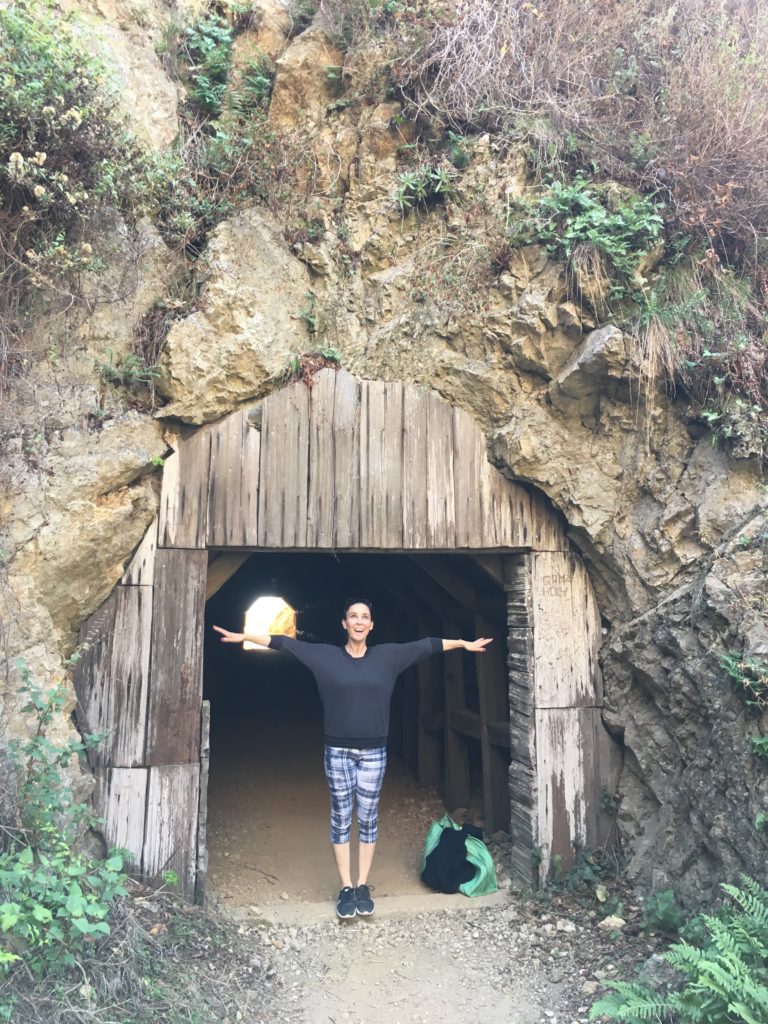 When I didn’t get it, I started to feel blue. I missed time in nature. A lot. I didn’t really know what had happened to me out there in the woods, which lead me to learn more about “forest-bathing.”

The Japanese Ministry of Agriculture, Forestry and Fisheries came up with the term Shinrin-yoku, or “forest bathing,” in 1982 as part of a public health program. They wondered if spending time in nature could heal us. Between 2004 and 2012, Japanese officials spent millions studying the positive health effects of the forest on the human body.

The Center for Environment, Health and Field Sciences in Japan’s Chiba University found that forest bathing lowers cortisol levels, pulse rate, blood pressure and sympathetic nerve activity, which governs our fight or flight response. Simply breathing in the air in a forest can strengthen the immune system.

This is due to various essential oils, generally called phytoncide, found in wood, plants, and some fruit and vegetables, which trees emit to protect themselves from germs and insects. Forest air doesn’t just feel fresher and better-inhaling Phytoncide seems to actually improve immune system function. – QZ

Not only is forest bathing capable of reducing stress, it also instilled an overall sense of well-being. That’s why I felt so happy and alive.

People underestimate the happiness effect of being outdoors. We don’t think of it as a way to increase happiness. We think other things will, like shopping or TV. We evolved in nature. It’s strange we’d be so disconnected. – Lisa Nisbet, a psychology professor at Canada’s Trent University

Forest bathing may even help our bodies fight cancer. One study by Qing Li, a professor at Nippon Medical School in Tokyo, found significant increases in natural killer (NK) cell activity a week after a visit to the forest-and the positive effects were shown to last up to a month. Natural killer cells are a type of white blood cell that plays a major role in fighting both tumors and virally-infected cells.

Studies in Japan have also found that areas with greater forest coverage have lower mortality rates from a wide variety of cancers, even after controlling for smoking habits and socioeconomic status. While there are too many confounding factors to come to a concrete conclusion about what this might mean, it’s a promising area for future research. 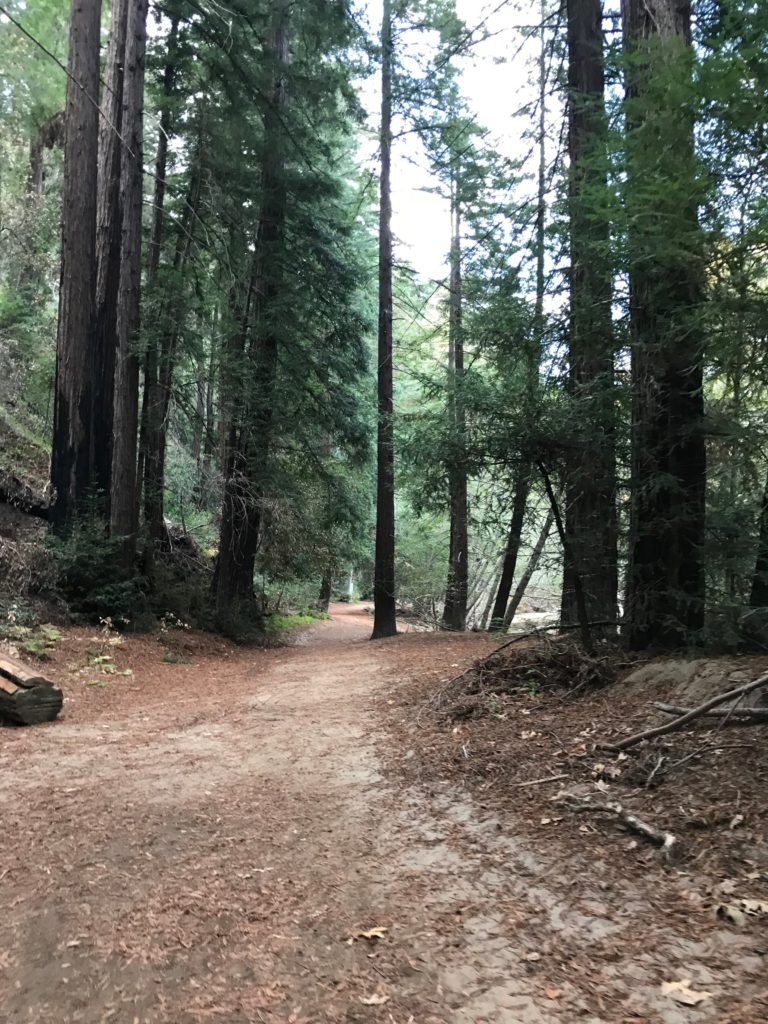 Forest bathing, unlike hiking, isn’t about reaching a destination. It’s about slowing down and appreciating the beauty of the forest. I wasn’t checking my phone, rushing through my life or worried about anything. I was just being in the woods and taking in its majestic beauty.

Nature does not hurry, yet
everything is accomplished.
– Lao Tzu 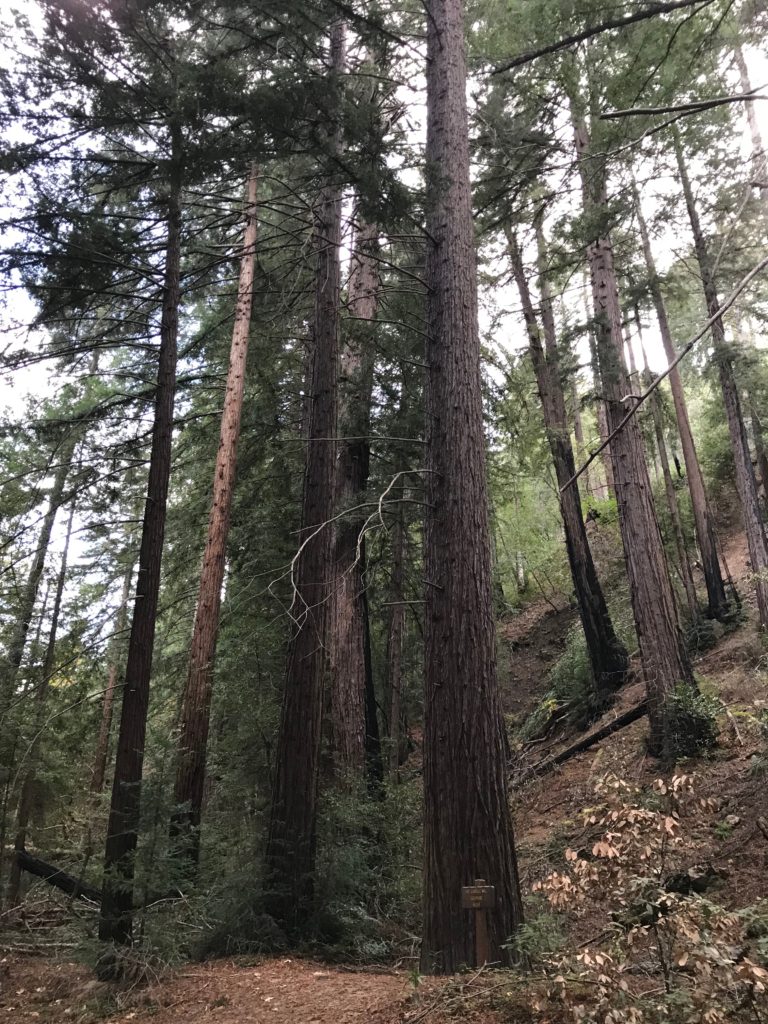 According to research by the Harvard School of Public Health, American adults spend less than five percent of their day outside. Forest bathing is about reconnecting with the natural world and unplugging from the virtual one.

There is no Wifi in the forest,
but I promise you will find a better connection.
– Unknown

The practice and popularity of Shinrin-yoku is beginning to spread. The Associations of Nature & Forest Therapy plans to train and certify about 250 new guides this year, bringing the total number of guides to 1,000 within three years. There is now a U.S.-based Shinrin-yoku organization based in Santa Rosa, California, and forest bathing  programs are scheduled to begin sprouting up in Canada, Ireland, New Zealand, and South Africa.

“If we surrendered to Earth’s intelligence
we could rise up rooted, like trees.” – Unknown 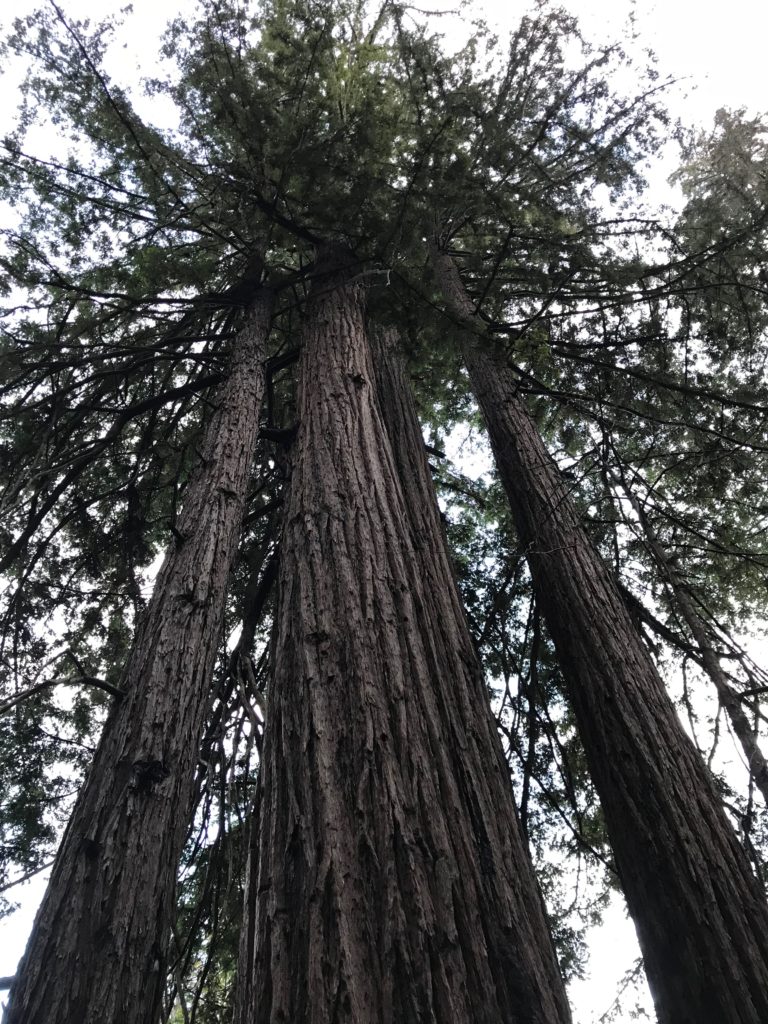 A study found that people immersed in nature for four days . . . boosted their performance on a creative problem-solving test by 50%. – Business Insider

Now, knowing all that I do about forest bathing, I want to make spending time in a nature a priority.

LEARN MORE
National Geographic – “This Is Your Brain on Nature”
Science Daily – “The healing effect to forests”
Business Insider – “11 scientific reasons you should be spending more time outside”
U.S. Forest Service – “Trees Improve Human Health and Well-Being in Many Ways”
New York State – “Immerse Yourself in a Forest for Better Health”
QZ – “The Japanese practice of ‘forest bathing’ is scientifically proven to improve your health”