The research is clear, secondhand cigarette smoke kills, but an apartment is your home and if you can’t smoke there, where can you smoke? One city in Northern California has an answer: almost nowhere.

EXCUSE ME, YOU CAN’T SMOKE HERE
The city of Novato has passed one of the most aggressive anti-smoking ordinances in the country. It prohibits smoking cigarettes, cigars, cigarillos (a small cigar), pipes, hookahs (a type of water pipe), electronic smoking devices (e-cigarettes), or any plant product intended for human inhalation (including marijuana) in all restaurants, service areas, public parks, apartment buildings, condo units, child care facilities, and more. Yes, it’s true, if you live in the city of Novato, the only place you can smoke is in your car or a single-family detached home.

PUBLIC HOUSING GOES SMOKE FREE
The city of Novato isn’t alone. The U.S. Department of Housing and Urban Development (HUD) recently announced that it has banned smoking in all public housing. As of August 2018, smoking cigarettes, cigars, pipes, and hookahs (water pipes) will not be allowed in resident’s apartments, in any indoor area, and within 25 feet of all buildings.

COMPASSION FOR SMOKERS
A recent story in the Chicago Tribune entitled, “Don’t evict tenants who smoke. People can’t quit at will,” tells the story of a woman who was “outraged” when one of her neighbors presented her Manhattan co-op board with a petition to ban cigarette smoking in her building.

A landlord shouldn’t be able to force a tenant to quit doing something that’s perfectly legal, that they’ve been doing in the privacy of their own home, just because it’s self-destructive — especially when a lot of people can’t just quit at will.

It’s totally unrealistic to expect a smoker to quit at will, but should it entitle them to expose everyone in their apartment building to cancer-causing smoke?

According to the CDC, “There are more than 7,000 chemicals in cigarettes and at least 69 cause cancer. Nonsmokers who are exposed to secondhand smoke are inhaling many of the same cancer-causing substances and poisons as smokers. Secondhand smoke causes lung cancer in adults who have never smoked.

Yes, technically a smoker is smoking in the privacy of their own home, but smoke doesn’t respect boundaries. Smoke can’t be contained and that’s what makes this vice so different from others.

Drunken drivers killed more than 10,000 people last year, but no one is proposing a ban on alcohol, right?

Right, but it is illegal to drink and drive. Secondhand smoke kills 53,800 people in the U.S. every year, far more than drunk drivers.

As a former smoker, I go out of my way to avoid secondhand smoke. But I also know that most of us have at least one bad habit, whether it’s smoking, drinking, overeating, gambling, compulsive shopping or taking too many pain pills.

Drinking, overeating, gambling, compulsive shopping, and downing pain killers doesn’t have the potential to give the neighbors cancer.

Some members of my co-op argue that secondhand smoke endangers others, and various buildings have been doing this for years. But wouldn’t it be unsafe for a teenager or a senior citizen to take to the streets at 2 a.m. for a smoking break? If I hadn’t quit smoking and I was up working late, should I be forced to puff outside my own building in the rain or snow?

If a smoker needs a “puff,” they should face the hardships that go along with it, not their neighbors.

Rarely, if ever, do smokers face the consequences of their “bad habit” on others, especially children. If secondhand smoke gives a child living next-door asthma, the parents foot the medical bills, not the smoker.

Smokers don’t have to deal with the aggravation of having uninvited smoke in their homes at all hours of the day and night. They don’t have to buy air purification systems, or smell smoke on their clothes, sheets or furniture. A smoker’s “bad habit” seeps into every corner their neighbor’s home.

What’s called for is compassion, not shame or threats of eviction.

There is no risk-free level of exposure to secondhand smoke. — Center for Disease Control and Prevention (CDC)

This isn’t about compassion. It’s about taking responsibility for the harm that smoking does to others. Few would doubt that quitting is hard for all kinds of physical and emotional reasons, but isn’t it the smoker’s cross to bear with the support of their family, friends, loved ones and counselor, not the strangers living next door?

DID NOVATO GET IT RIGHT?
If it’s not healthy for passengers on a plane to breathe secondhand smoke, why is it safe to breathe it at home?

Secondhand smoke harms children and adults, and the only way to fully protect nonsmokers is to eliminate smoking in all homes, worksites, and public places. — Center for Disease Control and Prevention (CDC)

Maybe the city of Novato got it right and it is just a matter of time before other cities across the nation do the same thing. If we continue to allow smoking in apartments, we give smokers the right to jeopardize the health of everyone living around them, especially children.

So what’s the fair way to accommodate antismoking shareholders while showing empathy for our neighbors who smoke and can’t quit? It would be reasonable to restrict smoking on our shared rooftop and courtyard while allowing it inside individual residences. More fair than a vote to ban smoking for everyone would be a grandfather clause stating that a non-smoking rule would only apply to future tenants. A generous solution would be to offer building-sponsored gym memberships, counseling and cessation meetings to help people quit.

Quitting smoking is a tremendous accomplishment and one any smoker should be proud of, but why should a non-smoker sacrifice their health for a stranger’s right to smoke in the apartment next door, whether they are trying to quit or not?  Should it be their responsibility to pay for a smoker’s gym membership too? What are you smoking?

THE SCIENCE IS SETTLED
Some may argue that secondhand smoke doesn’t cause harm, but the science is settled. According to the National Cancer Institute, “The U.S. Environmental Protection Agency, the U.S. National Toxicology Program, the U.S. Surgeon General, and the International Agency for Research on Cancer have all classified secondhand smoke as a known human carcinogen (a cancer-causing agent).” 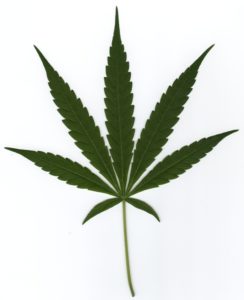 POT SMOKE
The conversation about unhealthy smoke isn’t limited to cigarettes. It’s now legal to smoke marijuana in eight states in the U.S. and 44 states allow either full or limited use of medical marijuana. This undoubtedly means apartment dwellers will be “lighting up” in their abodes.