Monsanto’s Roundup is America’s best-selling weed killer. It’s sprayed on golf courses, in parks, carports, and backyards all across America. But a recent decision by the California Environmental Protection Agency (CalEPA) may make some consumers want to put it down.

Effective July 7, 2017, the California Environmental Protection Agency (EPA) will add glyphosate, the active ingredient in Roundup, to the list of chemicals known to the state to cause cancer. The agency will require any product containing glyphosate to have a warning label by next year.

California is the first and only state in the nation to list glyphosate as a cancer-causing chemical.

Monsanto Claims Roundup Is Safe
Monsanto insists that glyphosate is safe, but the agro-chemical giant is currently defending itself against thousands of plaintiffs who allege that exposure to Roundup caused their or their loved one’s cancer. Monsanto has vowed to fight the CalEPA’s decision in court and an appeal is currently pending.

Should The Home Depot Sell & Promote It?
If the CalEPA is correct, and glyphosate does cause cancer, should garden stores like The Home Depot continue to sell and promote Roundup? Should glyphosate be sprayed near children, pets, schools, parks, and other public places?

These questions are being confronted in countries around the world.

World Leaders Ban Roundup in Public Areas
Two years before the CalEPA made its decision, the World Health Organization (WHO) determined that glyphosate was “probably carcinogenic to humans.” After the announcement in 2015, leaders from around the world called for a ban.

France must be on the offensive with regards to the banning of pesticides. I have asked garden centers to stop putting Monsanto’s Roundup on sale. — Newsweek

This pesticide should not be found in gardens, parks, or on children’s playgrounds. I also do not think use in private gardens is appropriate. — The Guardian

Italy
Last year, Italy’s Ministry of Health banned the use of glyphosate in public places, including:

If these and other countries have acted to protect their citizens from a chemical that allegedly causes cancer, shouldn’t the United States do the same?

The USDA claims Roundup is Safe
Despite the determination by the WHO and the CalEPA, the U.S. Environmental Protection Agency has determined that glyphosate is safe (Unsurprisingly, there is some controversy about the decision, and you can read about it here). However, the agency is in the process of reviewing glyphosate and its assessment is due sometime this year.

So, for now, it’s up to individual states and local leaders to decide what limits, if any, should be put on where Roundup is used. For example, several schools districts in Southern California—including Burbank, Irvine, and Glendale—have banned the use of Roundup on their campuses.

What You Can Do
If Roundup is readily available at home improvement stores, like The Home Depot, it will continue to be used in residential neighborhoods near kids and pets. If you have concerns about the chemical glyphosate or Roundup being used in your community, contact your local and state representative. 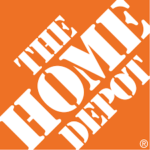