The ancient Greeks credited Athena, the goddess of wisdom, with creating the olive tree. Hippocrates, the Greek  physician considered the “father of medicine,” called olive oil “the great healer.” A staple of the Mediterranean diet, one of the healthiest diets on Earth, olive oil is high in antioxidants and has been shown to reduce the risk of depression and Alzheimer’s, lower cholesterol levels, protect the liver from cell damage, reduce inflammation in the body, and may even help prevent breast cancer.

But not all olive oils are the same. If you want the health benefits that come from the highest quality olive oil, there are a few important things to consider.

Extra virgin
Extra virgin olive oil is the highest grade and purest form of olive oil in the world. It’s called “extra virgin” because it hasn’t been treated with chemicals, solvents, or been exposed to high temperatures.

First pressed and cold pressed
The trendy terms “first pressed” and  “cold pressed” don’t mean much when it comes to extra virgin olive oil. Extra virgin means the oil came from the first processing of the olive paste and it wasn’t exposed to high temperatures. 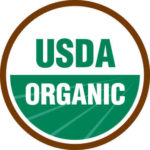 USDA certified organic
It’s always great to see this label on extra virgin olive oil because it means the producer went to extra lengths to get additional and independent verification of its purity. But the extra virgin designation means the oil is pure, or “virgin.” So don’t worry if you don’t see the USDA certified organic label on your favorite bottle of extra virgin olive oil. Olive trees are hearty and most don’t require the use of pesticides, but if you want an additional level of accountability, look for the USDA certification.

Freshness
Olives are stone fruits, which makes olive oil essentially fruit juice. As with all juice, the fresher the better. Olives are harvested between September and November, so contact your favorite olive oil estate and order around December. If you’re buying off the store shelf, it’s best to buy olive oil within a year of the harvest date. The harvest date should be listed on the bottle. If it’s not, use within a year of the “sell-by” date. Unlike wine, olive oil does not get better with age.

Store your olive oil in a cool, dry place to help preserve its freshness and throw it out if it’s been opened for longer than six months.

Dark glass bottle
Exposure to light, heat, or oxygen can destroy the freshness and health properties in olive oil. The best olive oil producers in the world package their oil in dark bottles to protect it from oxidation and becoming rancid. Avoid buying olive oil in clear glass or plastic containers.

High polyphenol number
Polyphenols are a type of antioxidant found in olive oil. They help the body fight against heart disease, high blood pressure and cholesterol, and certain types of cancer. If you want all the health benefits of extra virgin olive oil, look for a polyphenol number around 500 or higher.

Color
Color doesn’t tell us much about the quality or the health benefits of olive oil. Some people believe a greener olive oil is better, but that’s not necessarily true. The color can depend on many factors, including the variety of olive and when they were picked.

Price
If you want a high quality olive oil, price does matter. Making olive oil is a very labor intensive process and the price reflects that. Expect to pay at least $20 for a 17 ounce bottle. The price can go up from there. A 1.5 magnum bottle sold at auction in Australia for $10,000.

Is it the real deal?
A shocking U.C. Davis report found that 69 percent of imported olive samples sold in California and labeled as extra virgin olive oil weren’t extra virgin (check out page eight of the report to see if your brand is the real deal). The imposters failed to meet international and USDA standards. According to Forbes, as much as 80 percent of oil claiming to be from Italy isn’t, nor is it extra virgin.

The best way to be sure you’re getting the real deal is to buy your extra virgin olive oil from a single producer or a co-op directly. Another option is to let the experts find one for you. The New York International Olive Oil Competition (NYIOOC) is one of the largest and most prestigious olive oil competitions in the world. If you really want the best, order a bottle from a few of the winners.

Certification
Although not foolproof, it is a good sign if you see different levels of certification on the bottle.

PDO (Protected Designation of Origin) is a legal definition that identifies what region an olive oil is from and verifies that it was made using traditional production methods. If the country of origin is Italy, it’s listed as “DOP” (Denominazione di Origine Protetta). An estate name on the bottle can help to determine country of origin as well. Beware of a label that states “product of Italy.” It simply means it was packed and shipped in Italy. It doesn’t necessarily mean the olives were grown there.

Also look for national and state associations on the label, such as the Australian Olive Association and the California Olive Oil Council (COOC).

And for the record . . .
It is safe to cook with olive oil. Yes, you can even deep fry with olive oil. Its smoke point is between 410—425 degrees Fahrenheit, which is well above the ideal frying temperature of 350 degrees Fahrenheit. In fact, olive oil is a healthier choice than the often recommended and highly processed canola oil. Want to know more about cooking with olive oil? Check out the links at the bottom of the “Learn More” section.

Learn More
Migliore Gourmet – “Extra Virgin Olive Oil and Health – Mary M. Flynn, PhD, RD, LDN”
NBC’s Turn to 10 – “RI research dietitian prescribes olive oil to breast cancer patients”
NPR’s The Salt – “To Get The Benefits Of Olive Oil, Fresh May Be Best”
Medical News Today – “Olive Oil: Health Benefits, Nutritional Information”
Mayo Clinic – “Olive oil: What are the health benefits?”
Authority Nutrition – “11 Proven Benefits of Olive Oil”
The Olive Oil Source – “First Cold Press is an Obsolete Term. It’s a FACT”
Forbes – “The Olive Oil Scam: If 80% Is Fake, Why Do You Keep Buying It?
New York Times – “Italy’s Treasured Olive Oil, at the Source”
Food Renegade – “Your Extra-Virgin Olive Oil is Fake”
Science or not? – “Is it safe to cook with Olive Oil?
Authority Nutrition – “Is it a Good Idea to Cook with Olive Oil? A Critical Look”
Health Impact News – “Myth Buster: Olive Oil is One of the Safest Oils for Frying and Cooking”
Chriss Kresser – “Is it Safe to Cook with Olive Oil?”

Feature image from @rodrigodaibert at iStock