Co-ops of the past may conjure up images of small, hippie-type stores without much of a selection, but today some of the best can go toe-to-toe with major grocery store chains like Whole Foods Market.

The Sacramento Natural Foods Co-op is one of those stores. It’s located in California’s capital city of Sacramento, which was recently dubbed “America’s Farm-to-Fork Capital” because of its proximity to some of the most productive and fertile agricultural land on Earth.

The new building is modern with high ceilings, natural light, and dining tables inside and out. This is so not your grandma’s co-op. 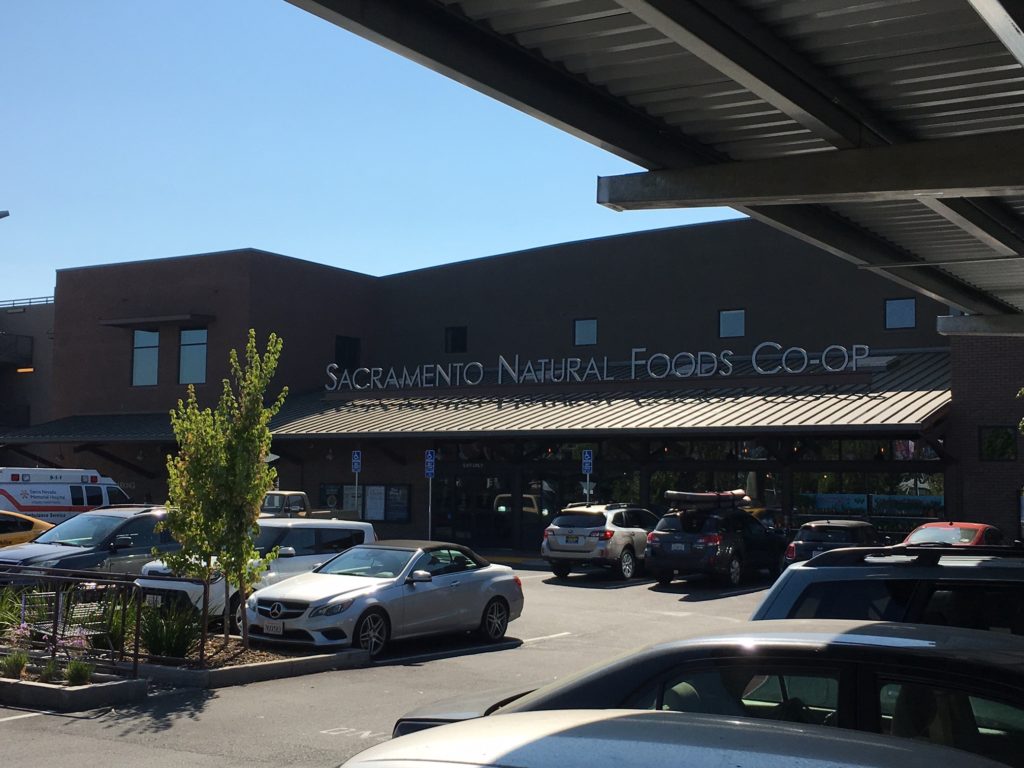 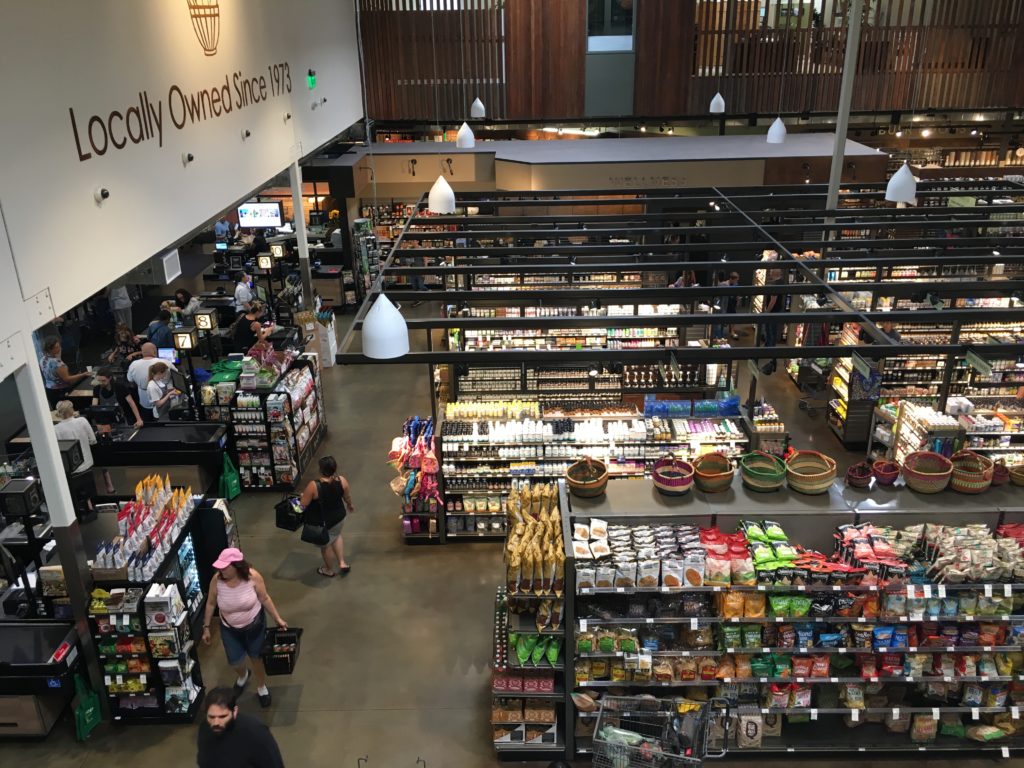 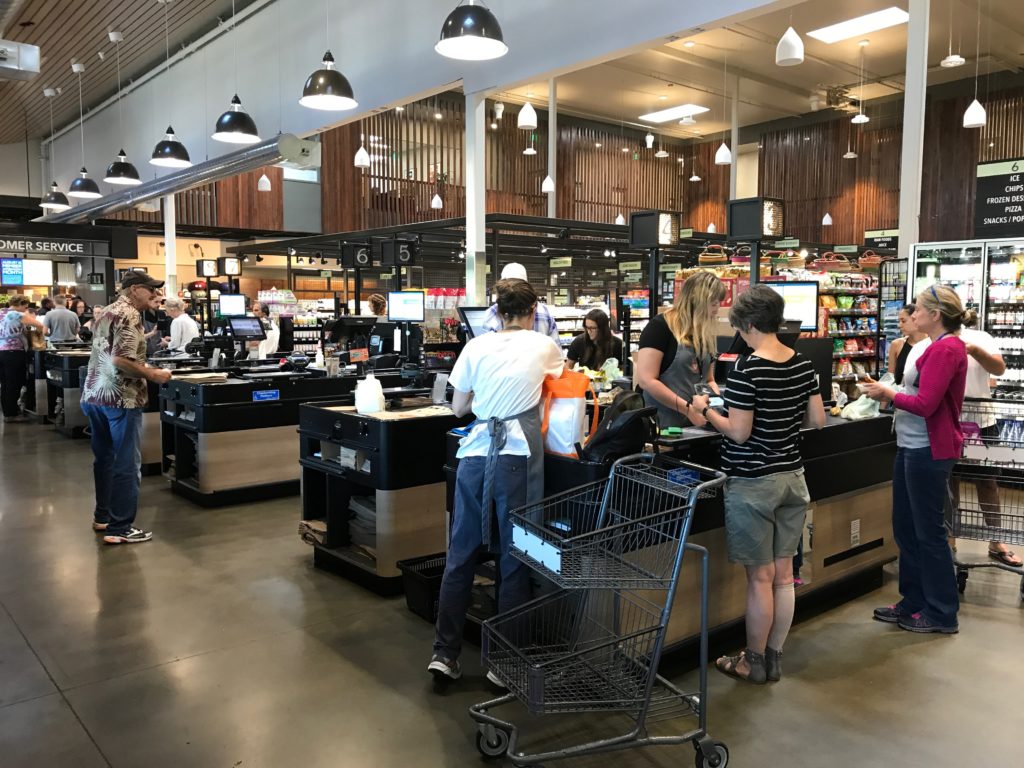 But the best thing about it isn’t the building; it’s the organic selection inside. Unlike some major grocery store chains that talk a lot about supporting organic growers, this co-op actually does. All of the produce in the Sacramento Natural Foods Co-op is 100% organic and grown by local farmers. You won’t find that at Whole Foods Market. 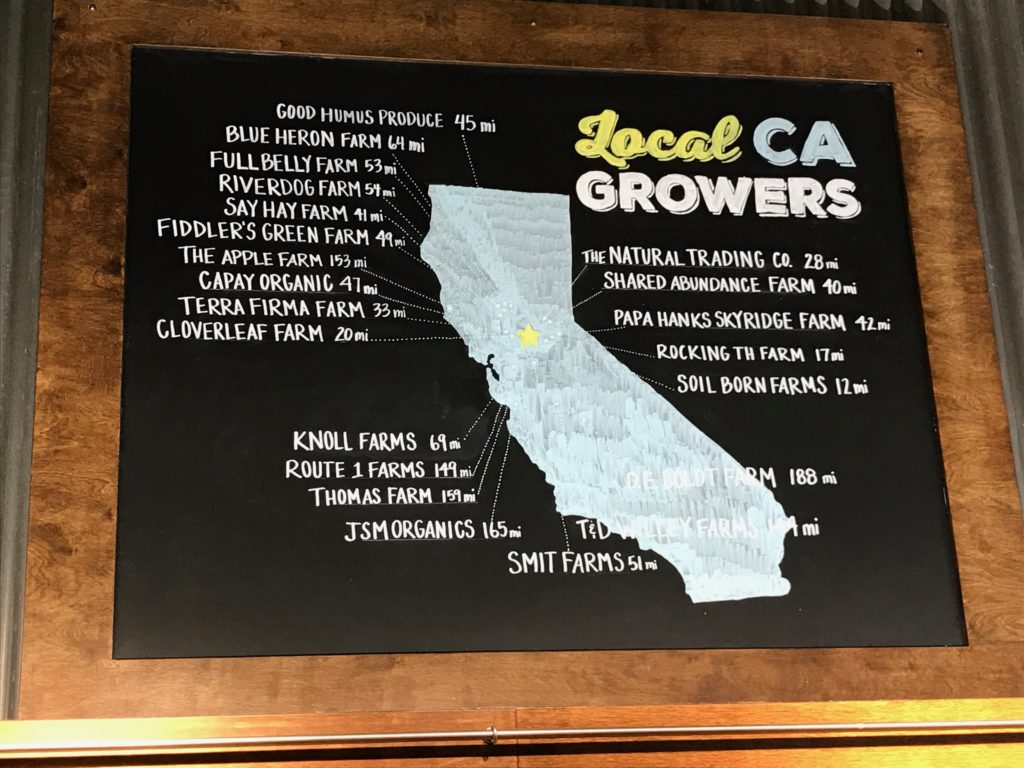 You never have to wonder where the food in this store was grown. The names of the farms and their distance from the store is prominently displayed in the produce section. Most of the farms are within 50 miles of the co-op. 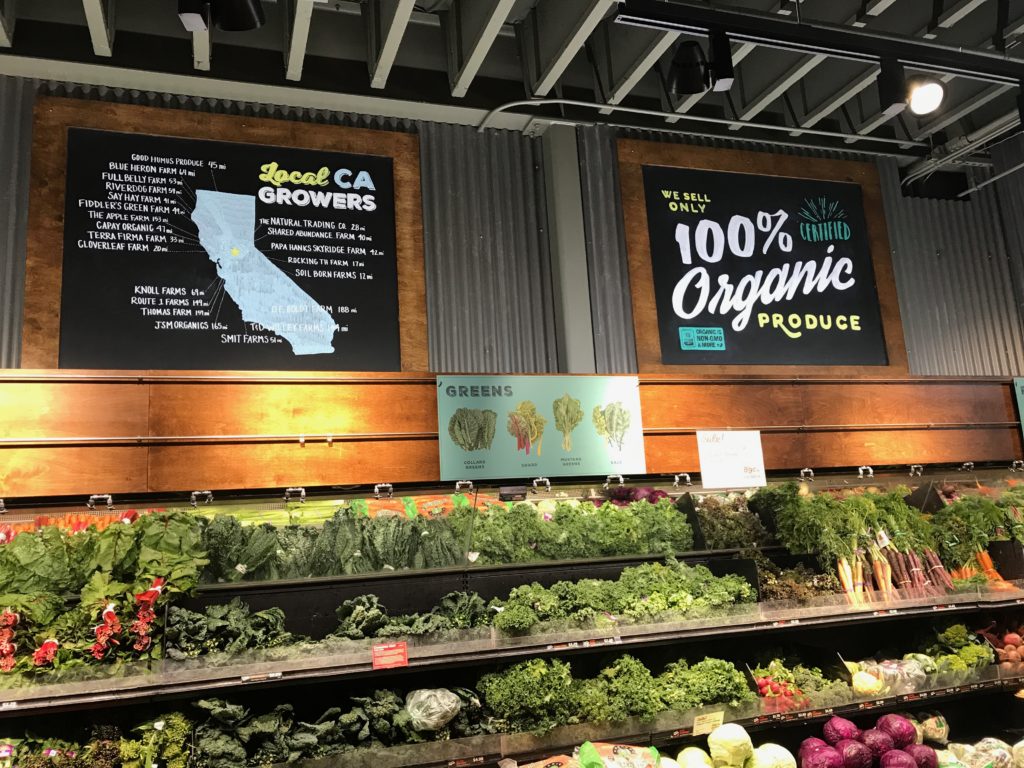 These heirloom tomatoes were grown at Blue Heron Farms. The farm has been certified organic since March 1, 1983, and has sold produce to the co-op for over 30 years. That’s a farm you can trust! 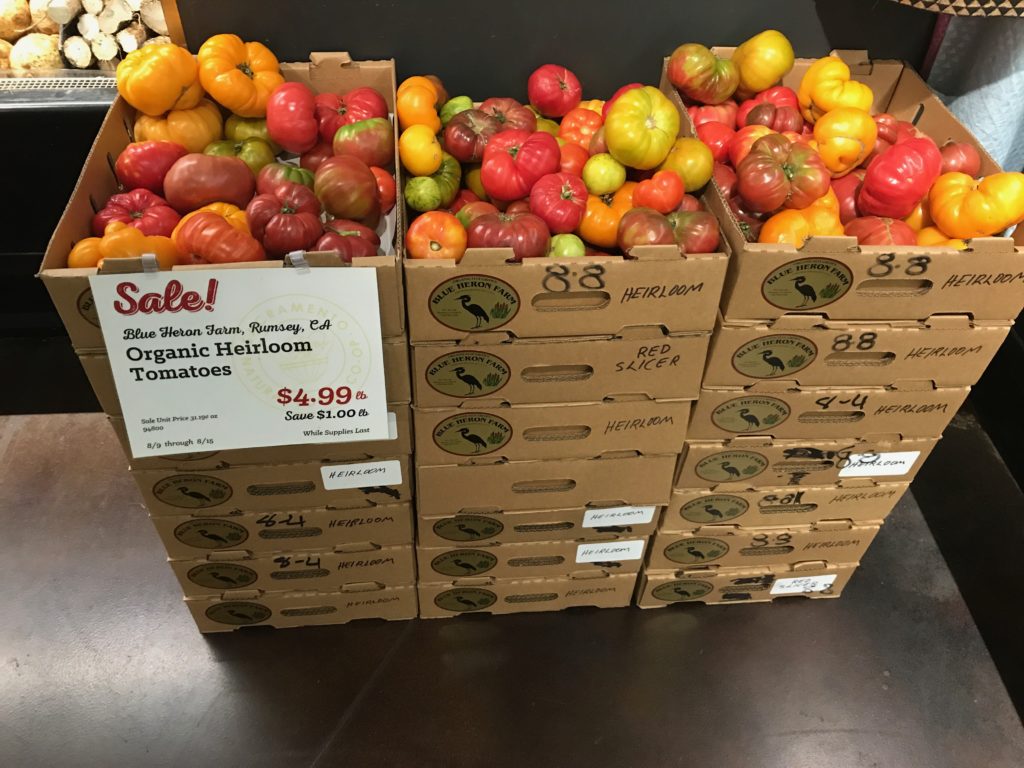 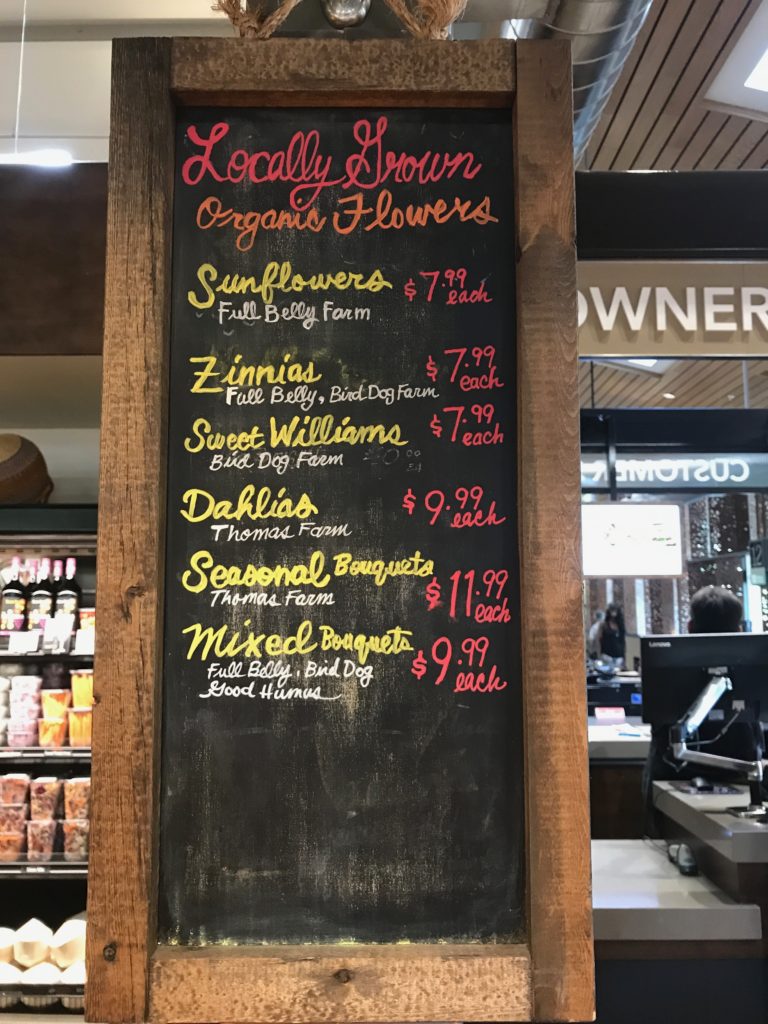 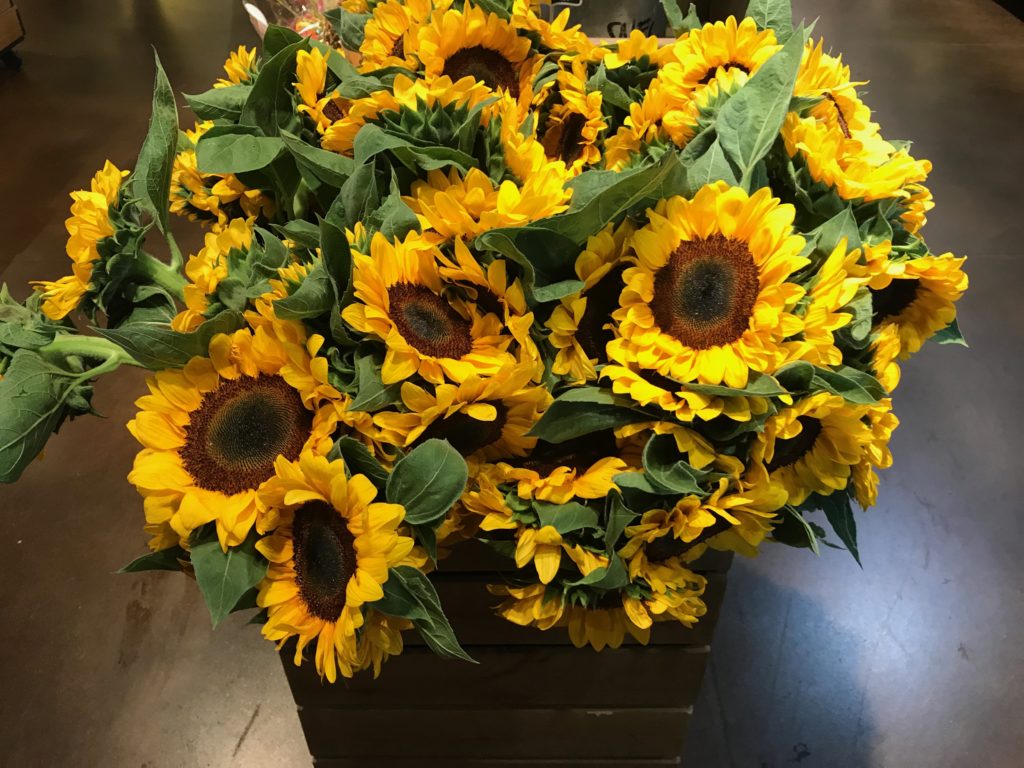 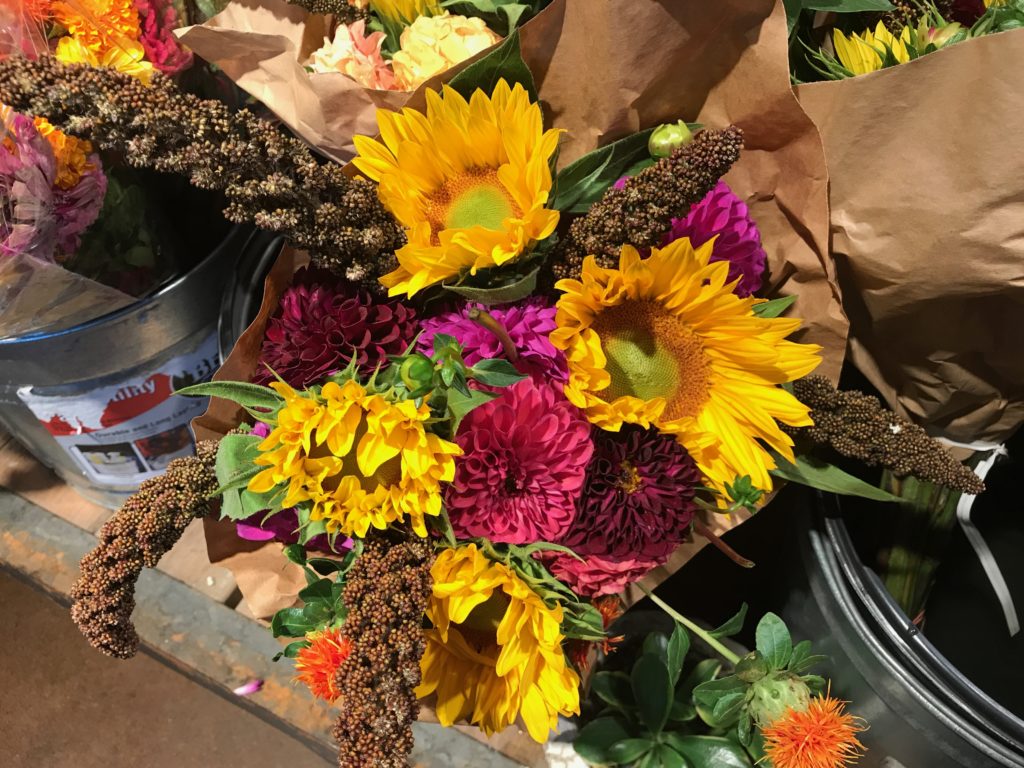 All of the produce in the self-serve section and the juice bar is organic. Whole Foods can’t compete with that. 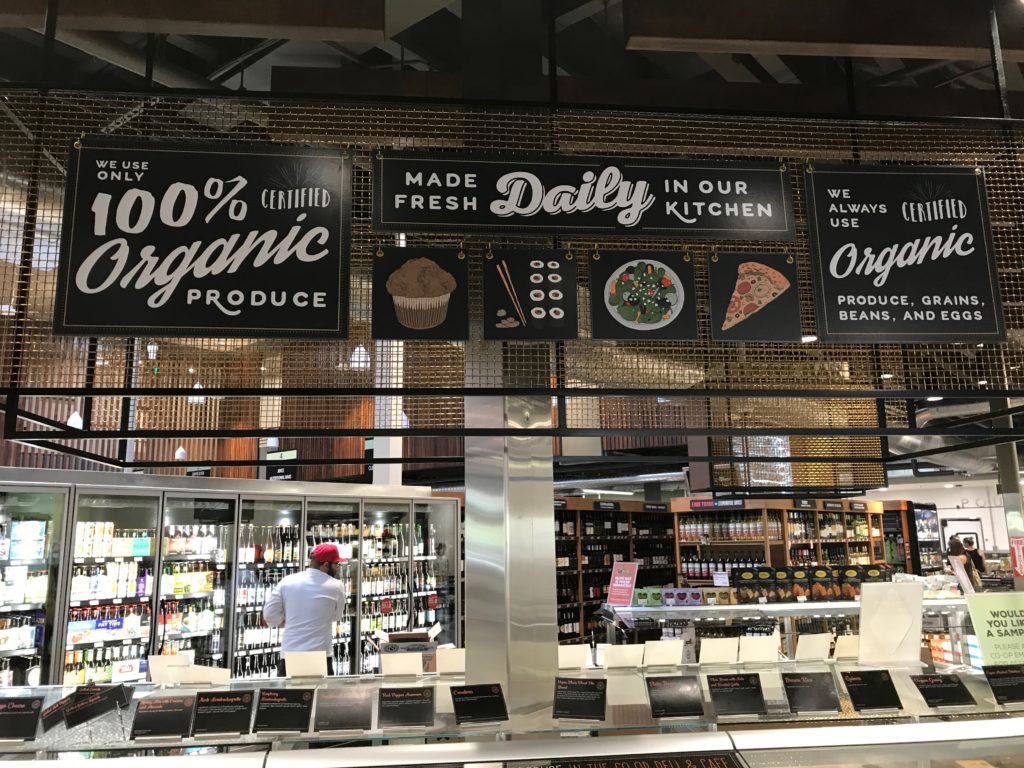 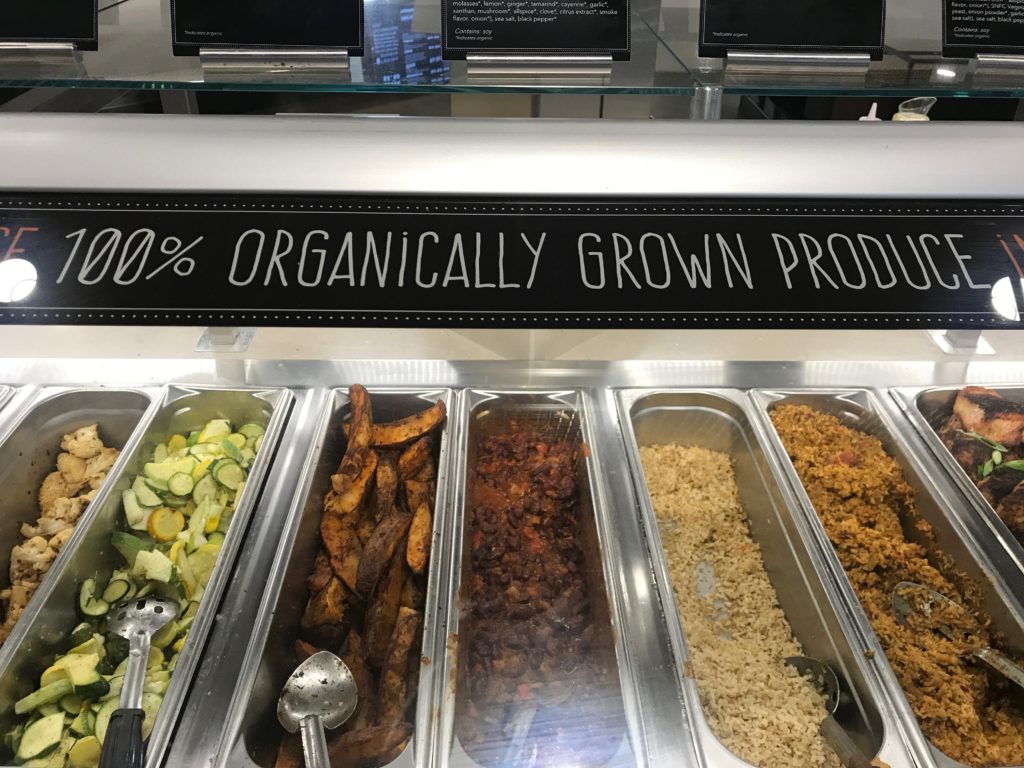 HOW CO-OPS WORKS
Co-ops aren’t owned by big corporations like Amazon. Sacramento Natural Food Co-op has 10,000 community members, each of whom invested $300. Every member gets a seat at the Board and an equal vote. Co-op workers and investors share the profits, oversight, and management of the co-op. The Board hires a general manager (GM) to oversee and operate the store and the bylaws dictate which issues require a vote.

IT’S ALL GOOD
Co-ops are often value-driven, meaning they care about issues within the community—it’s not all about turning a profit. For instance, the Sacramento Natural Foods Co-op does more than sell groceries. They make monthly donations to charitable organizations, like food banks, and offer discounts to limited income families. They also teach cooking classes at their Cooking School & Community Learning Center.

HELPING THE COMMUNITY SAVE FAMILY FARMS
One of Sacramento Natural Foods Co-op’s primary goals is to create and support a strong network of organic farms.

So when they heard that the Good Humus Farm in the Hungry Hollow valley in Northern California wanted to preserve their farmland for future generations by creating an agricultural easement, they held a fundraiser to help.

It is so important to remember, as we watch the march of “development” across our landscape, that each Wal-Mart or each corner of gas stations and junk food outlets covers some of the only land in the world suited for the production of almost anything necessary for human consumption. – Jeff Main, Good Humus Farm

The owners of the Good Humus Farm want to ensure that their land is preserved for traditional farming.

The easement will stipulate that this land must be farmed; the farmer must live on the farm; and the farmer’s income must come from farming. – Jeff Main, Good Humus Farm

THE LAST CROP TRAILER
The Last Crop is a documentary that depicts the issues facing small farms like the Good Humus Farm.

IS IT TIME TO INVEST IN CO-OPS?
Many communities across the country want access to organic food grown by local famers. Whole Foods Market offers some organic food, but not enough, and what they do offer isn’t affordable for everyone. Nutritious, organic food shouldn’t be accessible only to those who are able to pay a high price for it.

Co-ops give consumers an alternative to conventionally grown food, much of which is heavily sprayed with chemically-laced pesticides and herbicides.

Co-ops support the local economy. The profits go back to the community, not to a corporation, like Whole Foods or Amazon.

Co-op Board members decide what values are important to their community and the store reflects those values.

When successfully run, co-ops give local organic farmers a reliable source of income so they can grow food for their community.

Julia Thomas says people from all over the world have shopped at Sacramento Natural Foods Market and wondered, “Why don’t I have a co-op like this in my neighborhood?” That’s a good question, and maybe the answer is to work with stakeholders in your local community to start one.

Food co-ops are changing the food system, enhancing local economies, building sustainable agriculture networks, offering healthy food choices, and proving that ordinary people can reap the benefits of a community owned business. By starting a food co-op, you will be joining other people and communities that are using cooperation to create a vibrant hub for local food and neighborhood development. – FCI Guide to Starting a Food Co-op

LEARN MORE
The FCI Guide To Starting a Food Co-op
WikiHow – How to Start a Food Co-op
Food Co-op Initiative —About Us
Coop Directory Service – How Can I Find One Near Me?
Foodtank – 10 Amazing Food Co-ops Across America